Bayern Munich wrapped up the Bundesliga title with a hard fought 1-0 victory over Werder Bremen on Tuesday. It was not a vintage performance from Bayern, but they did just enough time in their 29th title. Robert Lewandowski brought down Jerome Boateng’s pass to score the winner against Werder Bremen and wrap the league with two games to spare. 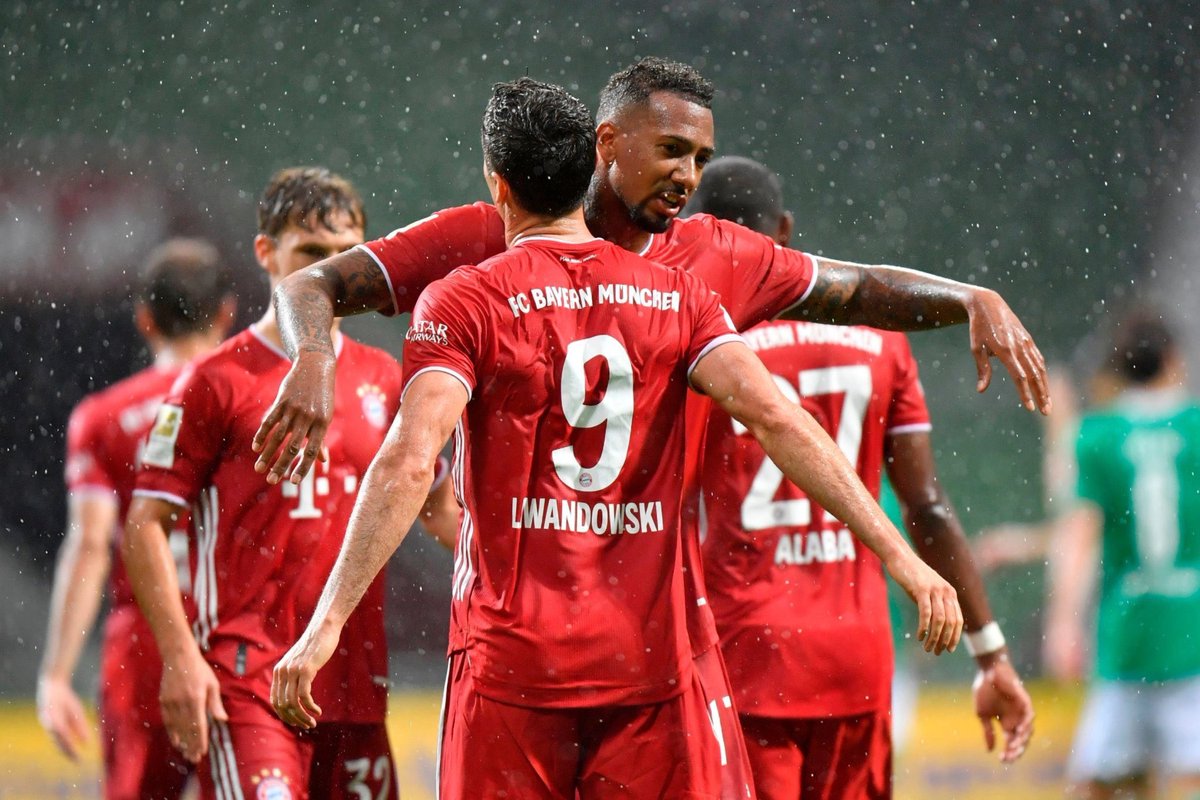 The win was Bayern’s 11th straight Bundesliga win and it put them 10 points clear of second placed Borussia Dortmund, who have three games left. Bayern finished the match with 10 men after Alphonso Davies recovered his marching orders for two yellow-card offences.

Prolific Poland striker Lewandowski has scored 31 league goals this season alone. This equals the record held by a foreign player in the Bundesliga. Pierre-Emerick Aubameyang, now at Arsenal, scored 31 Bundesliga goals for Borussia Dortmund in the 2016-17 season. The defending champions did just enough against a Bremen side fighting to remain in the German topflight.

Before Lewandowski’s effort, Maximilian Eggestein went close for Bremen and Kingsley Coman’s header. Coman had another chance before teenage sensation Alphonso Davies, who broke the league record for speed, was sent off. Bremen called for a penalty for handball, but the referee looked away.

The title is The Bavarian 29 overall, one more than the entire clubs in the Bundesliga put together. The dominance of Bayern is very obvious in Germany. Some social media users have started to congratulate them for another title next year. Bayern will strengthen and try to get better for next season. They are expected to sign Leroy Sane and Kai Havertz.

Bayern Munich will now switch attention to Europe should the Champions League make a return. Bayern will face Chelsea in the second leg of round of 16. The German heavyweight holds a 3-0 first leg advantage, and it will be a big task for Frank Lampard’s side to turn it around.