Sunday saw a continuation of brilliant football in the German top flight as several teams played for different positions in the league. Bayern Munich had laid down a marker on Saturday as the defending champions demolished rivals Borussia Dortmund at home to move back to the summit of the league. 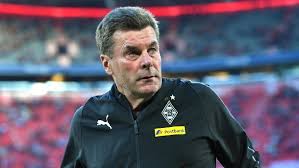 On Sunday Borussia Monchengladbach faced Werder Bremen at home looking to move back into the Champions League places. Gladbach have fallen off the top four positions for the first time since September last week.  However, the club put up a disappointing game at home to Bremen who settled for a 1-1 stalemate.

These results leave Gladbach hopes on the ropes with less than six games left to play in the season. Their recent run of former has seen the club pick up one win from eight games and it has already cost head coach Dieter Hecking his job.

Gladbach announced a few days back that it was searching for a new coach for next season as Hecking is set to depart in the summer.

Meanwhile, in formstriker, Ishak Belfodil continued his good run of goals with a fantastic performance against Augsburg. The Algeria international netted his first hat-trick for his club and provided an assist in the 4-0 whitewash of Augsburg.

This latest performance follows the brace Belfodil scored last week in the 4-1 defeat of Bayer Leverkusen.

This result puts Hoffenheim seventh on the league table a single point behind Wolfsburg in the race for the final Europa League spot.

The German league race has been keenly fought by the two major giants in the league as Bayern Munich and Borussia Dortmund continue to trade blows. With just six games left in the league for both sides, it looks like going down to the wire.

Bayern Munich still have DFB Pokal assignment to focus on as the club has been drawn to face Werder Bremen in the Semi-finals.