Werder Bremen striker ErenDinkci has been banned for three games by the German Football Association (DFB) after his red card at the weekend. He was sent off during the German Bundesliga clash with Bayer Leverkusen. 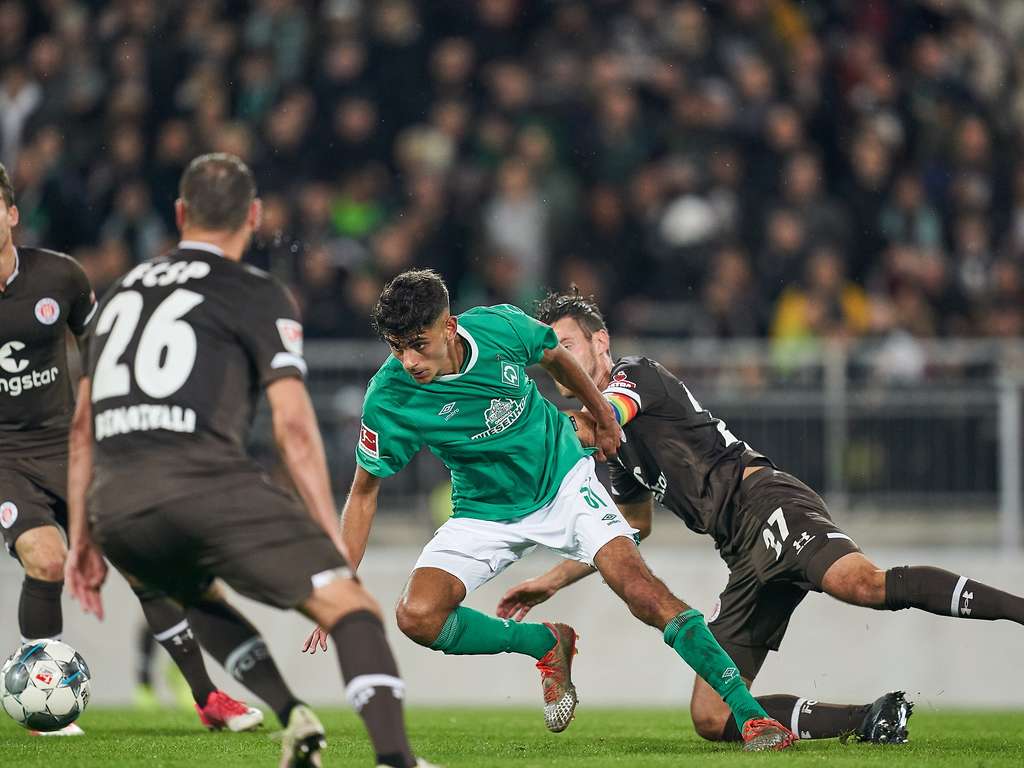 Dinkci is a young German-Turkish footballer as he has represented Germany and Turkey at youth level football. The 19-year-old was sent off in added time of the league clash between his Werder Bremen side and Bayer Leverkusen on Sunday. He received his marching orders with a straight red card for the foul on Bayer Leverkusen star NadiemAmiri in what was the first red card of his career.

Werder Bremen had a spotless straight red card record this season until the point of his sending off at home to Leverkusen on Matchday 36. The other red card issued to a Werder Bremen player was on Matchday 9 after Kevin Mohwald was sent off for picking up two yellow cards during the league encounter at VFL Wolfsburg.

Dinkci was sent off during the home game with Bayer Leverkusen by centre referee Markus Schmidt. Werder Bremen finished the game with ten men but didn’t have much problems preserving the goalless drawscoreline. The game was without a goal when Dinkci left and that was how it remained until the final whistle.

German-Turkish player Dinkcicame on for American forward Josh Sargent for the final six minutes of the game and still managed to get himself sent off. He will now miss the rest of the season due to the verdict on his misdemeanor from DFB.

Dinkci won’t be part of the Werder Bremen squad for the league games against Augsburg (away from home) and Borussia Moenchengladbach (home) this season and the first game of next season.

19-year-old Dinkci has one goal in his eight appearances for Werder Bremen in the league this season. He has played 10 games in all competitions.