Aston Villa are set to rekindle their interest inWerder Bremen attacker Milos Rashica. This is according to the publication from the stables of the Football Insider. 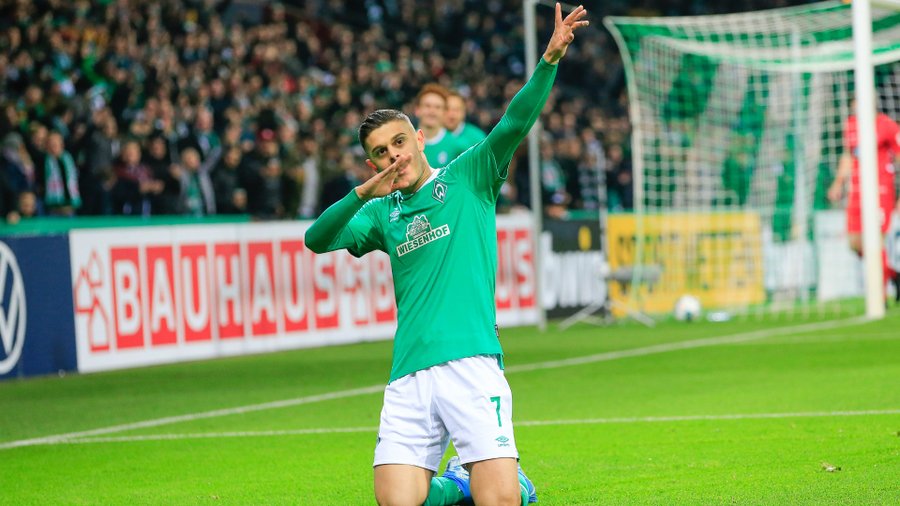 The report said Villa want to sign two wide forwardsand Werder Bremen player Rashica is said to be one of the options on their transfershortlist. The former European champions made an enquiry about the Kosovo international last year butit didn’t proceed further than that.

Premier League champions Liverpool also had an interest in the Werder Bremen forwardbutthe player turned down a move to Anfieldin favour of another season in the German Bundesliga.

It has been reported that Rashica will be on the move this summer with Werder Bremen keen to cash in on him with one year left on his contract at the club. The 24-year-old attacker has a contract with the German Bundesliga outfit until the summer of 2022.

Rashica is a verstileforward who can function well in any of the three attacking positions behind the striker. He can play on the left, right or centre ofattack. The Kosovo playerspent the majority of his playing time on the right side of attack at former club Vitesse Arnhem in the Dutch Eredivisie.

The Werder Bremen attacker has spent themost of his playing time at the German club on the left wing and in the central position behind the striker. His German club paid £6m to sign the Kosovo national team player in 2018. Rashica was involved in 19 goal contributions in his debut season in Germany before being involved in 18 goal contributions in his second season, which was the last campaign.

Rashica has not been able to live up to the attacking output from his first two seasons at Werder Bremen this season. He has two goals and five assists in 20 games in the German Bundesliga this season. His two goals came against RB Leipzig and Borussia Dortmund this month.