Werder made a victory over Bayer Leverkusen and that has definitely boosted the faith of the fans that they can dream of more victories to come. Werder Bremen players like Florian Kohfeldt performed well and showed the fans that they dared to dream and were not afraid to overcome failures. This gives ample room for optimism. 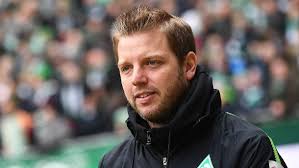 For instance, Max Kruse and his teammates scored three goals, even in injury time. This kind of results looks like a turning point for the team this season. Werder Bremen had lost out to Leverkusen last October when they were on mid-table lower ranks and were led by a coach who could not inspire them to a win. Werder then was able to win a game in January which was against Fortuna Dusseldorf. The win that they had on Sunday does improve their team’s position but there is much to put in before they can be contenders in the qualifier matches for Champions League. The win has brought them three winning points and on getting places in the Europa League.

This team, thirteen months ago, had much that the fans loved about them. When they arrived in Bay Arena they had a can-do attitude and were positive and vibrant. Within minutes of the opening, they had led 2-0 goals inside. However, Leverkusen remained superior and ground them down. However fans were enthusiastic, especially those who had traveled from Bremen and they applauded the performance of Werder players with much enthusiasm. The performance was definitely worth that.This year they again led with similar scores against Leverkusen.

This time the team can have dreams rather than simply existing with hand to mouth situations. There is a quarter-final coming up at Schalke that the team will play in 10 days and so forth.